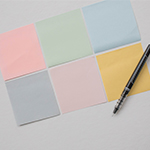 Over the past few months, there have been a number of Oracle customer communications about the upcoming decommissioning of Eloqua’s Cloud Connectors and Cloud Components. While we applaud customer notifications about Oracle Eloqua releases and feature changes, the deprecation announcements missed the mark and left most people scratching their heads on what it all means. Don’t worry. We can clear things up. Basically, there are three things you should know about:

So, what does this really mean? It means you will need to start using the newer types of apps that will replace the older cloud connectors. In case you haven’t heard of them, here is a quick summary:

AppCloud Actions
Actions let you have a step within a campaign canvas that is executed by an external system. The vast majority of Cloud Connectors would likely now be good AppCloud Actions such as sending contacts SMS messages, triggering a direct mail, registering someone for a webinar, appending data from a third party, etc. It is up to each AppCloud vendor to decide whether or not to convert their existing Cloud Connectors to AppCloud Actions. Within the Relationship One AppCloud (appcloud.relationshipone.com), we will be adding new AppCloud Actions over the upcoming months.

AppCloud Decisions
Decisions let you add more complex decision steps to your campaign by connecting with external systems. Historically, this could have been done with a Cloud Connector, but the newer Decisions functionality lets you easily make “yes” and “no” decisions based on data outside of Eloqua without having to update an Eloqua Contact record or store the data within Eloqua. A good example of this is checking if a record with a specific status exists in CRM, then checking if the Contact is associated to an Open Opportunity that has high closure probability, and then changing its flow within the campaign.

AppCloud Audiences
Audiences (also called feeders) are a new way to add contacts to an Eloqua campaign from an external system. Think of it as a segment that gets populated by contacts from external applications, automatically importing contacts into Eloqua and adding them to a campaign.

There are a few other new types of AppCloud options that you might start using:

AppCloud Menus
Menus let you launch externally-hosted applications from within the Eloqua menu “dock”. AppCloud Menus are contextual, so they can be set up to be global (to launch a reporting tool, for example) or topical (such as campaign or asset related).

AppCloud Firehose
This might be one that only a handful of marketing geeks might be interested in. The Firehose service lets you notify an external system when you do something within Eloqua, such as creating a campaign or editing an email. It basically creates a real-time callout to a third-party application.

Thing #2: cloudconnectors.eloqua.com No Longer Officially Supported (January 2016)
This announcement confused a number of people. As Oracle is moving away from the older Cloud Connector architecture for the more robust Actions, Decisions, Audiences (feeders), and Content options, they will no longer officially support apps found on cloudconnectors.elqoua.com. Since Cloud Connectors will still be available for Program Builder, you will still be able to access cloudconectors.elqoua.com, but come January 2016, Oracle Support might not help you if you have questions.

All-in-all, these changes are a good thing, as the new AppCloud framework (I know, fancy developer term) is far more robust and flexible for building apps. The result is higher speed, more flexibility and better options when building Eloqua campaigns. So embrace these new types of AppCloud apps. We don’t think you will be disappointed. Even better, in early 2016 (sorry…we promised we wouldn’t mention any specific dates), Oracle will be releasing a newer, shinier option for Program Builder, called Program Canvas, that will also use these new types of AppCloud apps. It will be a faster, more robust, and more flexible option to Program Builder. Program Builder isn’t going away for a while, but that’s a good topic for a future post.

Let us know if you have any questions via the comments below.

About the Author: Ron Corbisier

Ron is CEO, aka Head Master Marketing Geek, at Relationship One. With more than 20 years of marketing and brand development experience, Ron is known within the Oracle Marketing Cloud community for his ridiculous depth of knowledge about each product in the stack. If you have a question, he'll know the answer. If you think something can't be done, just ask Ron, he'll figure out a way. On the weekends, he enjoys whiteboarding apps for the Marketing Cloud. Yup, truth.
Thank you for subscribing!

Subscribe to our Thought Leadership Today
Thank you for subscribing!